Although it is under the umbrella of the Headfort Arms, The Vanilla Pod is a self-contained contemporary restaurant that has earned itself regional national acclaim in its 10 plus years of operation.

The ‘Pod’ as it is affectionately known amongst its loyal fan base offers a wonderful choice of international cuisine in a contemporary bistro atmosphere.

We pride ourselves on good quality, carefully sourced produce from local suppliers, using ingredients that are in season and offering specialities such as locally reared lamb and locally produced cheeses.

The Vanilla Pod has been rated in ‘Tom Doorley’s Top 100 Places To Eat in Ireland’ and has consistently featured in the coveted Bridgestone & Georgina Campbell Guide to Ireland.

Check some of our latest reviews here! 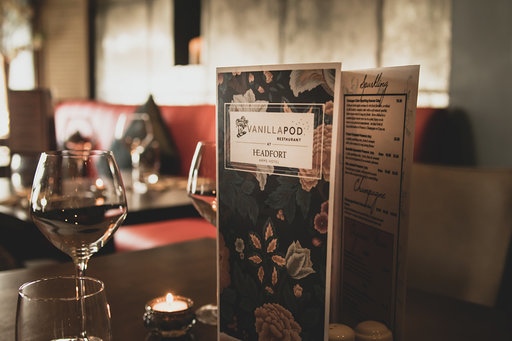 Please see our menu HERE (may not be up to date at all times - please call if you have any questions).