Have a Headfort Arms Experience to Remember!

The Headfort Arms Hotel, operating in the hands of the Duff Family for nearly 50 years, offers genuine Irish hospitality and a vast array of events.

Located only 35 minutes from Dublin City Centre, 40 minutes from the airport and 90 minutes from Belfast, the Headfort serves as the perfect base to explore the heritage and intrigue of the rich Boyne Valley or relax after a day’s golfing, fishing or walking at the numerous local activity sites.

Throughout the whole year, Ireland and in specific the Boyne Valley hosts a wide-ranging mix of events; from food to music, midsummer adventures to Halloween or Christmas entertainment and everything in between, with authentic Irish atmosphere.

Whichever event you choose to attend, with us or across Ireland’s Ancient East, you’ll always have a luxury base to return to and unwind, in the heart of Kells, here at The Headfort Arms Hotel. 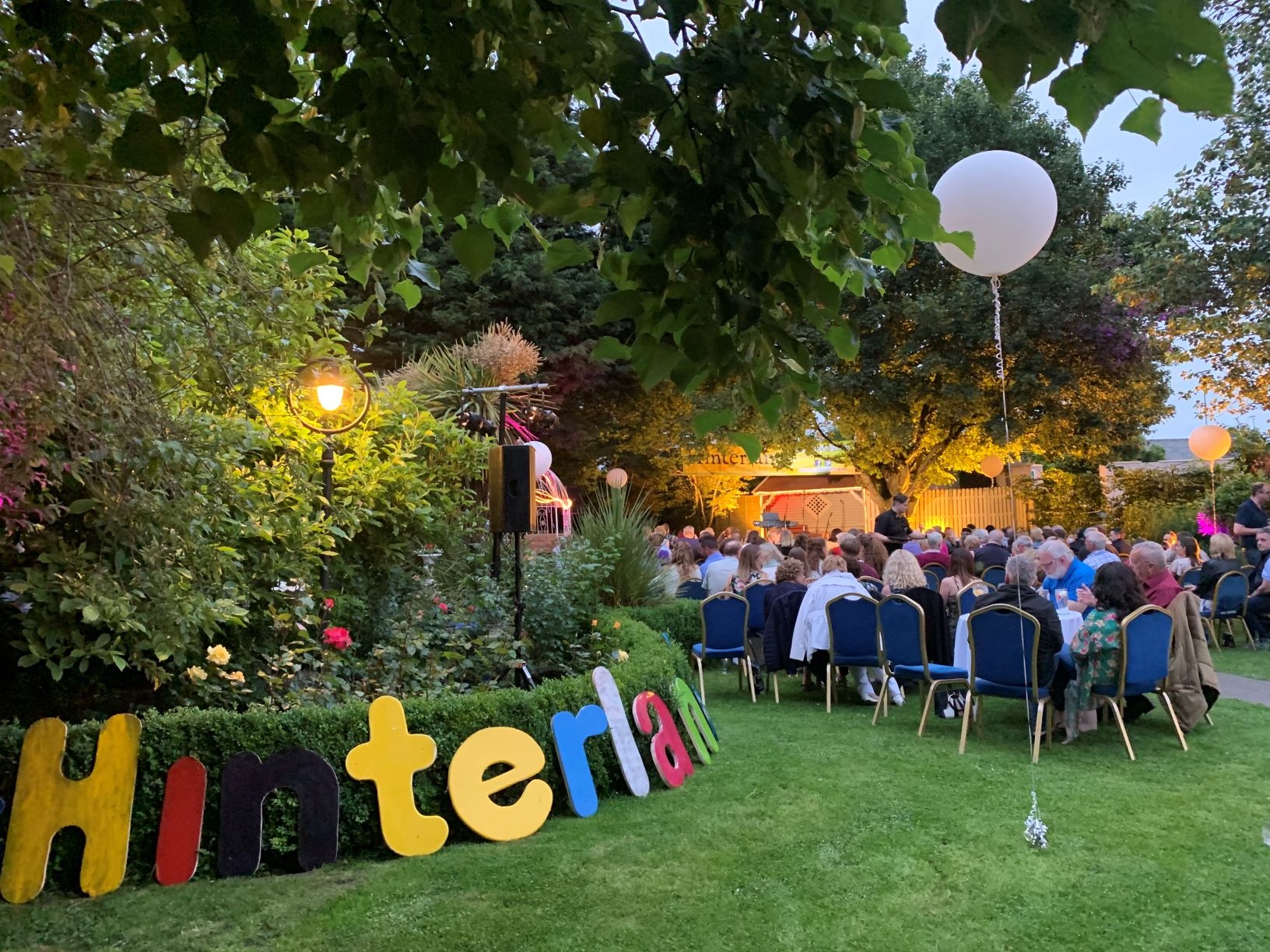 Leap into Spring with the ultimate 'feel-good evening’!

An evening of favourites, show stoppers and special guests with the Inspire Choral Group, tickets €15 from the hotel with donations to St. Vincent de Paul on the evening.

Two of Irelands best known Djs Jenny is the host of drivetime on 2fm and Als show on Dublin's FM104 is the longest-running of its kind in Ireland.

Jenny Greene and Al Gibbs are Irelands hottest Dj Duo and have taken Ireland by storm in last 12 months selling out shows all over Ireland. Both are electric live DJs in their own right but together are a force to be reckoned with.

Jenny hosts the electric disco and drive time on 2FM and has played all over Ireland to huge crowds with the RTE Orchestra and is well known as an award-winning radio host. Jenny has become a well known Dj name around Ireland.

Al Gibbs presents the legendary FREAKS ON FRIDAY on FM104 has been a regular on the festival scene headlining the Saturday night of Sea Sessions 2019 and Casa Bacardi at Electric Picnic last year. He is also the only Irish DJ to have supported the likes of Carl cox, Pete tong and many more.

This event is sure to sell out fast get your tickets quick via https://www.eventbrite.ie/e/jenny-greene-al-gibbs-headfort-live-kells-co-meath-tickets-90990064733?aff=ebdssbeac

The comic genius returns to Kells to perform his hilarious new show 'HEY!'

Tickets are sure to go quickly for this show, available from Ticket Master or from the Hotel for €28.00.

Special overnight package to include Dinner, Show and Overnight B&B at €99 pps

The Meath Style Awards is back for 2020 and entry and nomination forms are now OPEN!

Celebrating its 10th birthday, the Meath Style Awards will take place in the fabulous Headfort Arms Hotel, Kells on March 27th and tickets will go on sale on March 2nd.

Bingo loco is coming back to you in March 2020 with a 90s special! Gear up for an insane night of Bingo, lip sync battles, silly dance-offs, crazy props, confetti cannons, and bad decisions. Shenanigans are mandatory!

WHAT IS BINGO LOCO?

We are the runaway child of traditional bingo complete with rave rounds, lip sync battles and dance-offs. The conventional Bingo Cartel don't like what we do. We don't care. We are bringing bingo kicking and screaming into a full-on party rave! We've got the ball's... the bingo balls to make your roar so loud you'll definitely lose your voice.

As time goes by Mary Duff’s career seems to go from strength to strength, and as the salutation and success continue to roll in for the genuinely charismatic and warm Irish singer, there seems little sign of the celebrated triumphs slowing down.  Quite the opposite in fact, as she is about to enter, what is hoped to be, one of the most exciting phases of her career so far continuing a hugely successful number of years which has heralded previously unthought-of achievement for the lovely Irish artist.

Not only has Mary made a live television appearance in front of a massive 60 million American viewers, resulting in a number 2 on the Billboard World Music Charts, but success has also grown in the UK.  Her album, ‘The Ultimate Collection’, a ‘best of’ album featuring 40 of Mary’s’ best-loved songs, was not only her first TV-advertised release but was also her first-ever British chart hit, nestling nicely into the UK Top 50.  Not bad for a small country girl from Ireland, who’s wonderfully emotive, yet quietly powerful voice, was all discovered by accident when she was only twelve years old!

This year will see Mary bring her show to many parts of the World, including Australia, New Zealand, Sri-Lanka, Switzerland, U.S.A., Canada and all parts of the British Isles but she is making time in this hectic schedule to come to Kells for one night only on Saturday, April 4th. She will be joined on stage with very special guests on the night and it promises to be an evening to remember!

Tickets are available NOW from the hotel for €25 or online via https://ticketstop.ie/event/3140/mary-duff-in-concert-headfort-arms-hotel

More info to follow, tickets at the hotel reception.

We are really excited to announce our first-ever Fit Fix Event!

Kathryn and the Pure Results team will be joining us here at the Headfort Arms Hotel and we can’t wait! Tickets are on sale NOW at only €89. We plan to have a fantastic day filled with fitness classes, cookery demonstrations & wellbeing sessions to give you a taste of what we do at Pure Results.

There will also be some special guests on the day plus amazing goodie bags. Our events are suitable for all fitness levels so grab your friends and family and join us for a day full of fun, food and fitness.

Bank Holiday Sunday, 3rd May 2020: All For Me Grog The Songs And Story Of THE DUBLINERS.

The Galway based show that has played to full houses and standing ovations on its Irish tours. The show brings you the music and songs of Irelands most successful folk band-THE DUBLINERS.

Presented by five top-rated folk musicians and singers who are deeply honoured to become the bearers of the torch which has been borne with such power and dignity over the past decades by THE DUBLINERS. The original line-up of RONNIE DREW, LUKE KELLY, BARNEY McKENNA, CIARAN BURKE and JOHN SHEEHAN is brought to life with the exact same instrumentation, songs and close as you will get vocals, bringing to the stage a show in sound and appearance of uncanny accuracy of the internationally renowned DUBLINERS.

With his red hair, beard and magnetic charisma, five-string banjo maestro James Gallagher's powerful impressive voice is so reminiscent of Luke Kelly's golden vocal cords, that it has to be a fluke. His rendition of songs such as 'Raglan Road' and 'Scorn Not His Simplicity' are breathtaking in their pureness and clarity.

Guitar picking Dublin man Anthony Rooney sings with gusto and a reality that encompasses the wonderful talent of the great Irish Balladeers, and in doing so, he keeps alive a wonderful Dublin tradition.

On whistles, guitar, vocals and some amusing chat is deep-voiced Dubliner, Jeremy Jenkinson, bringing to the show the magnificence of the contribution that Ciaran Burke and Ronnie Drew brought to the original DUBLINERS. In fact, it's Jeremy's vocals that are featured on the Liberties recording of 'All For Me Grog'.

From Lissacasey, in county Clare, comes John Hill, a young man from a family steeped in traditional music and a nephew of musical legend Noel Hill. His consummate skill on the tenor banjo just has to be seen and heard to be believed and appreciated. His mastery of Barney McKenna's style and sound is a show in itself.

Niall Connaire is the "quiet man" of the Band but his fiddle playing is a talking, singing, electrifying experience. A classically trained musician, he replicates Dubliners, violin maestro, John Sheehan's unique sound to perfection.

The Black Velvet Band, McAlpines Fusiliers, The Spanish Lady, The Irish Rover, The Auld Triangle, The Parting Glass and of course, the song that made The Dubliners international stars-Seven Drunken Nights plus all their other hits, will have you clapping your hands, stomping your feet and joining in the chorus of the well known and much-loved songs at this uplifting and exciting two-hour show.

And to quote from Liam Murphy's review in the Munster Express; 'from the moment they struck up 'Whiskey In The Jar' you knew you were in for a good night and indeed it was.'

Think Fancy Cocktails, Delicious Food & Good Time Groves To Make You Move. We shall be Breaking out the bootleg liquor for this one! 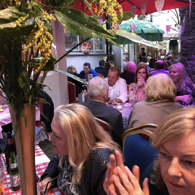 Friday, 14th August - BOYNE VALLEY FOOD SERIES STREET FEAST
Join us on the 14th August for an around the world Street Food Party, with street feast tapas-style dishes featuring the best street food from around the world using the very best of the local Boyne Valley ingredients, live music and good old Irish craic.
Tickets €40.00pp, on sale from the hotel reception or call 046 92 40084
For more information www.facebook.com/vanillapodkells
Book Your Stay
Check in
20
02
2020
Why Book With Us?